Women who are trying to achieve pregnancy through IVF it would be advisable to add foods like olive oil and avocado to their diet as they could triple IVF success rates, according to American researchers.

An American study revealed that such could even triple chances of pregnancy following an IVF attempt, thanks to the kind of fats they contain – unsaturated fats. Mono- and poly- unsaturated fats, apart from olive oil and avocado, are also found in salmon, nuts, sunflower oil and seeds in abundance.

The study population comprised 147 women who underwent IVF treatment at the fertility center of Massachusetts General Hospital. American scientists presented the study at the annual meeting of European Society of Human Reproduction and Embryology (ESHRE) in Constantinople.

According to Dr Jorge Chavarro, assistant professor of nutrition from the Harvard School of Public Health, women who consumed the greatest amounts of mono- unsaturated fats were 3, 4 times more likely to get pregnant following IVF compared to those who consumed less.

Scientists estimate that monounsaturated fats improve fertility and IVF success rates significantly by diminishing inflammation levels of the body. Dr Chavaro explained that among all ‘’good’’ unsaturated fat sources, olive oil and avocado had proven to be the best when it comes to fertility.

He also highlighted the fact that women considering IVF treatment as an option, wishing to improve their success rates, should probably improve their diet by avoiding saturated fats and consuming plenty of monounsaturated fat -rich foods.

Fish is another food rich in ‘’good fats’’, though of different kind, which they were not studied in this particular study but it has been demonstrated before that they also benefit women in need of IVF treatment.

would you consider adding olive oil and avocado to your diet? 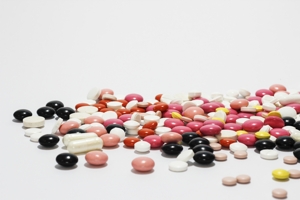