A novel IVF test, called ERA test (Endometrial Receptivity Analysis) , that assesses the activity of genes of the womb lining seems to improve successful implantation rates according to fertility experts.

Quite often you may hear patients undergoing IVF (In Vitro Fertilisation) treatment wondering what is the reason of their failed IVF attempt: ‘’my embryos are of good quality, I am healthy, yet I did not get pregnant. Why?’’. A successful IVF outcome basically depends on two major factors: the embryo quality and the environment inside the womb that will host the embryo.

ERA test is used for designating the personalized ‘’implantation window’’

So what could be wrong for women with good, genetically healthy embryos? Endometrial receptivity, fertility experts believe. The endometrium is capable of hosting an embryo only during a time specific point of a woman’s cycle, completing a successful implantation. This time period is called ‘’implantation window’’.

It was previously thought that this ‘’implantation window’’ is stable among 19th-21st day of a woman’s cycle. Recent research however reveals that for about 25% of women with good quality embryos and IVF failures the implantation window has just been transposed in time without any apparent medical cause.

Thus, with ERA test this troubling event can be overcome as it is used for designating the personalized ‘’implantation window’’ for each woman, something that no other diagnostic test could tell before. According to a pilot study, ERA test findings from 85 women who had experienced at least 5 IVF attempts failed at the implantation stage, suggest that 20-25% of embryo transfers happen sooner or later than the optimum time for successful implantation. In the past the only study available for assessing endometrial receptivity was an ultrasound scan.

Researchers of the study reported that 33% of women given the test had a successful implantation. That is significantly higher than would typically be observed for this patient population. These data suggest that ERA test can improve successful implantation and promote a positive IVF outcome by pinpointing a woman’s optimum time for embryo transfer based on the individual results obtained.

Have you been given an ERA testing prior your IVF treatment, or would you ask for it for your next IVF attempt?

Hey! If you found this post interesting or useful, you can help us get even better by subscribing to our newsletter. Just write your email and you’ll have the latest news regarding fertility issues. Thank you once more for your help. 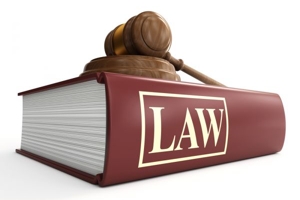