Dr. Abayomi Ajayi’s childhood dream was to become a medical doctor and help people achieve their dreams, which he has inculcated into his career as a fertility expert. More so, he has earned a reputation of paying very close personal attention to his patients.

He is the Chief Executive Officer of Nordica Fertility Centre Lagos, which is affiliated to Nordica Denmark. Since its inception in 2003 the center has expanded into three major cities in Nigeria providing and pioneering a wide range of assisted reproduction services across the nation.

He graduated from the College of Medicine, University of Lagos in 1984; completed his postgraduate training at The University College Hospital, Ibadan in 1994 with the award of the Fellowship of the West African College of Surgeons in Obstetrics and Gynaecology. He joined the services of Lagoon Hospital, Apapa as consultant in Obstetrics & Gynaecology in February, 1995 and held this position till October, 2002 when he left to start Nordica Fertility Centre, Lagos. During his stay at Lagoon Hospital, Dr. Ajayi was appointed the coordinator of the out-patient services of the Hospital. He also served as part-time consultant to many clinic and organizations which include Chevron/Texaco Nigeria Plc, Lagos.

He received training in IVF at the Iscare Centre for Assisted Reproduction, Bratislava, Slovak Republic as well as The Institute of Human Reproduction Symbion, Fruebjerguej (a research center) and The Fertility Clinic of Copenhagen University, Herlev Hospital, both in Coppenhagen, Denmark.

He is the country’s representative of Obgyn.net (a network of Obstetrician and Gynaecologists all over the world) and has membership of many international professional associations including the Global Health Council.

Dr. Ajayi has authored and published many scientific publications in both local and international journals, and delivered numerous lectures in various conferences both locally and internationally. He is a member of the Nigerian Medical Association (NMA), Society of Obstetrics and Gyneacologist (SOGON), American Society for Reproductive Medicine (ASRM), America Association for Gyneacological Laparascopy (AAGL), International Society for Gyneacological Endoscopy (ISGE), American Society of Liposuction Surgery (ASLS) and American Academy of Cosmetic Surgery (AACS).

He is also an Alumnus of the Stanford University’s SEED institute for innovation in developing economies and a board member in the International Society for In-Vitro Fertilization (ISIVF).

Looking for another or different specialist?

Have you experienced the services of this Clinic? If yes, leave a review about it. 取消回复

Profile (Clinic/Professional) incorrect or not updated? Please contact us 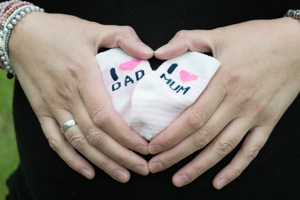